Journey into preparing to host & facilitate the 1st Coderetreat in Heraklion

I don’t remember how I first heard of Coderetreats, but I remember it was around 9 months ago, in February of 2019. I really liked the idea of a one day event where you write code paired with others and basically learn through playing, but there was one tiny problem. The only place in Greece where a Coderetreat was hosted until then was Thessaloniki, which is 855km North of Heraklion, where I live.

I spoke to a friend, Yorgos Saslis, who also lives in Heraklion and has a lot of related experience. He suggested I could start by joining him in being an organiser for our local Software Crafters community where I already was a member. If I felt being up to it, we could organise the Coderetreat by November.

That’s what I did and I successfully organised 3 meetups between May and September. They needed some serious preparation, and I felt discouraged in the first one where only 2 people showed up. But things got better and more people came for the second, and even more showed up in the third event.

When a couple of participants asked if we were thinking on organising a Coderetreat, that’s when I started to think that maybe the time to begin had come.

I still didn’t know what needed to be done. Thankfully some experienced Coderetreat organisers were providing free online training sessions. So I participated in one where Raimo Radczewski gave us some valuable insight on what we need to know if we want to organise a Coderetreat. Two challenges appeared from this. First that it’s not ideal to prepare one if you haven’t participated in one before. And second, that you need at least 6 participants (so people will have the chance to create different pairs every time).

I couldn’t do much about the second, besides trying to advertise the event and then cross my fingers, but I could do more about the first challenge.

Oh! And one extra challenge was that Yorgos would be in Romania to give a talk in a QA & Testing Conference, so I was all by myself.

Preparation as a host

Preparation as a facilitator

I’m embarrassed to say that compared to the previous smaller scale events I had organised, I wrote the least code for this one. Nothing to be proud of, but it’s the best I could do within the 24 hours I had each day to work, spend time with my family, prepare for GDCR and sleep.

Ιt all went well even with 7 people. The success is not based on the quantity of the participants, but on their enthusiasm.

Hopefully this is only the beginning of a series of Coderetreats in our small Mediterranean island. I can’t wait to see it happening again next year, hopefully facilitated by someone else, so I’ll have the chance to participate this time!

For more info about the event held in Office12 Coworking premises check out here: office12.gr/events 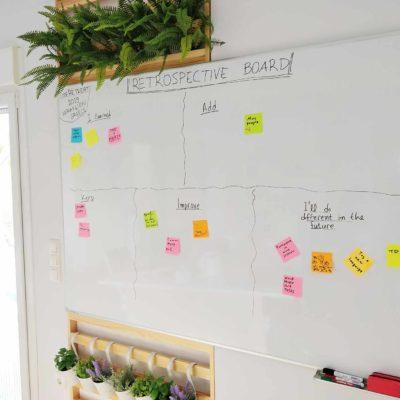 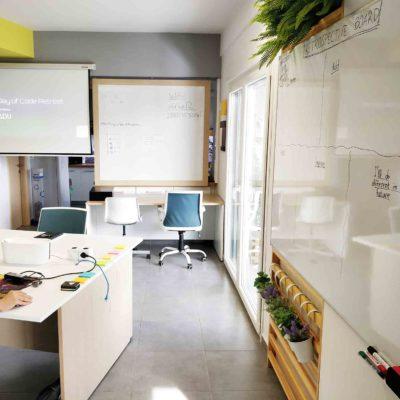 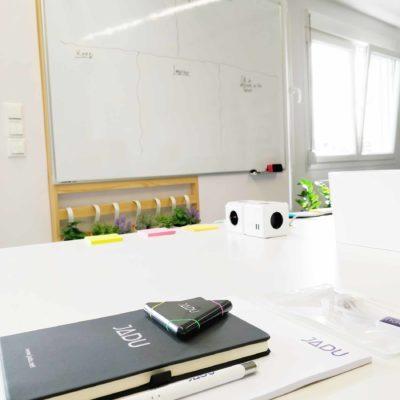 Org meetups are where decisions are made and they are open for all DevStaff members to attend! You can bring up your own topics for the agenda or just attend to learn what it takes to run a meetup group for developers in Crete.

Continuous Integration – Ask Me Anything | HSCC

Continuous Integration and automated testing is a topic we've already had several sessions on. We've had talks in Devstaff meetups, workshops in this group, and so on. One thing I noticed is that we never seemed to have enough time for discussion in the end, and there were always more questions we couldn't cover or go into more depth on. This workshop will be an "Ask Me Anything" kind of workshop, where I will be there to answer any question you can come up with on the topic.

Org meetups are where decisions are made and they are open for all DevStaff members to attend! You can bring up your own topics for the agenda or just attend to learn what it takes to run a meetup group for developers in Crete.